Angry Samora residents, most of them women, protested outside the area’s police station last Wednesday, calling on police to do more to stop the killing of women.

They also pleaded with police to act quickly when investigating such incidents.

The incensed women, representing a range of political and non-governmental organisations like Ubuntu Bethu and Sinqolintaba, carried placards denouncing violence against women.

The women slammed the station’s police commander for being “too quiet” while the women were dying and that the march had been prompted by the rising number of incidents of abuse and killing of women.

A recent case what that involving Nokuzola Mbola, 50, who was discovered in a pool of blood in her home. One of her children found her body, with multiple stab wounds, in the early hours of Sunday March 21 at her home in Bathandwa Mdingi Street.

The women, who marched from the Samora Library to the police station to hand over a memorandum of demands also said victims were being threatened by the perpetrators and appealed to police to address this.

Leading the women, Bolekwa Gcwabe of the NGO, Sizakuyenza, said there had been a lot of killings and that police’s “snail’s pace response” to crime was criminal“.

“We demand protection from the police. Women are killed and we are now frustrated. Frustration led us here today. We were here to report a suspect that was now threatening people but we were told there were no vans. We believe police should have resources to protect us so they must do that,” she said.

Activist and Samora resident Mzikayise Nzuzo who came to support the women condemned the behaviour of certain men in that community.

Mr Nzuzo, co-founder of the Ubuntu Bethu Soup Kitchen said men need to “find themselves” and protect women and children. “These killings are something new in this community. The killings of mainly women is unacceptable. We all have to stand up, women and men and fight the scourge. We appeal to police to really work with us here,” he said.

Among their demands and issues raised were the public announcement of the cases involving gender-based violence, unacceptable conduct of police who attend crime since under alcohol influence, availability of state vehicle to attend crime scenes, and proper investigation of murder and rape cases.

They also demanded justice for the late Ms Mbola and a plan from police to provide a safer community.

Captain Malindi said police were committed to bringing perpetrators to book, confirming that suspects had been arrested and that investigations were under way. 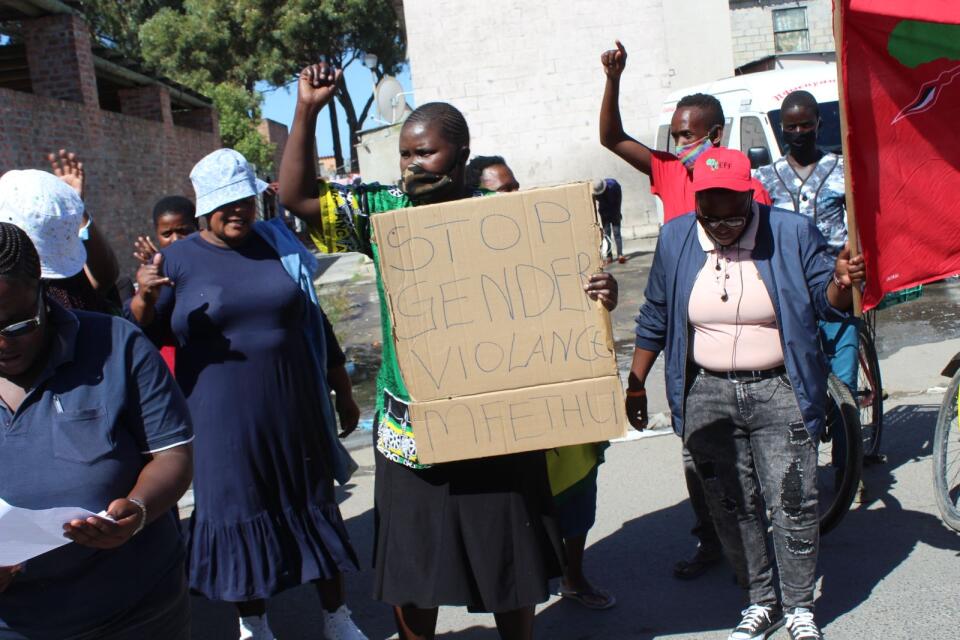 1/2: Women with placards showing their dissatisfaction in front of the police station. 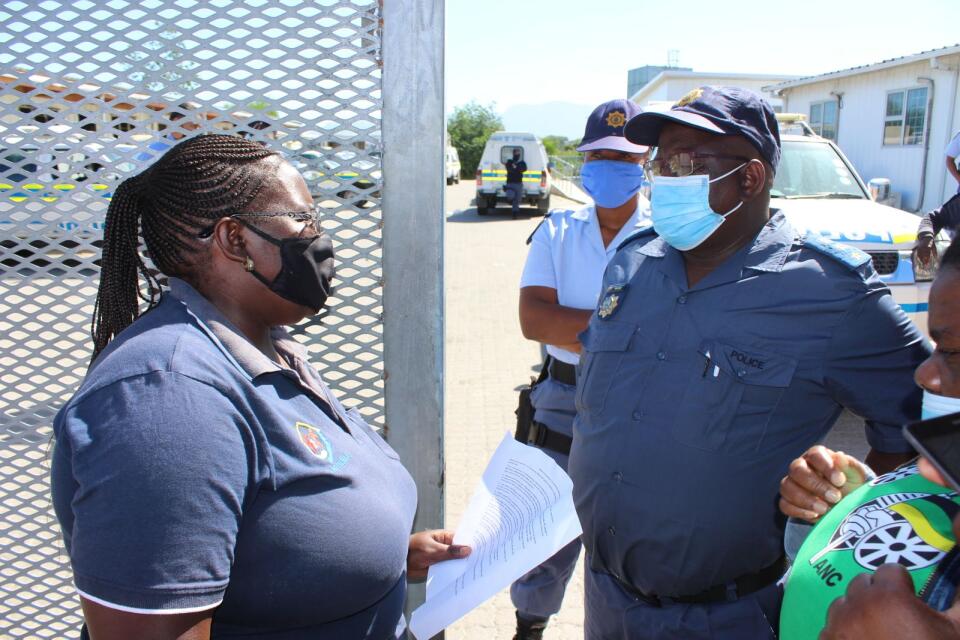 2/2: Sizakuyenza NGO’member Bolekwa Ngcwabe pleads with Samora Machel police station commander Captain Eric Malindi to work with them in the fight against women killings before handing over a list of demands.