The Justice for Lonwabo Campaign march drew hundreds to the Nyanga and Crossroads streets last Saturday.

According to his family, Mr Jack went out with friends in Nyanga, to celebrate his birthday but next day, the 22-year-old’s lifeless body was found on the side of a road in Mau Mau informal settlement. It appears that he’d been stabbed to death.

Police arrested a 17-year-old boy, who is expected to appear in court today, Thursday April 29 for a bail hearing.

Lonwabo was gay, something his family knew and accepted. But after his death and a spate of similar murders, the LGBTQIA+ community is calling for more to be done to stop hate crimes.

Frustrated and furious by his death and those of many others, activists took to the streets of Nyanga with rainbow flags and banners.

The Justice For Lonwabo Campaign said it had come to light that the perpetrator had allegedly been targeting members of the LGBTQIA+ community.

Handing over their list of demands, the marchers urged police to transfer the case to the provincial detectives.

Among their demands were that the case to be speedily dealt with, that the progress of the case to be reported on monthly, that police work with the community organisations on this case, and that all spheres of government must devise a plan to protect the queer community.

Authorities were given seven working days to respond.

Mabhuti Mkhangeli of the Triangle Project which advocates for the rights of the queer community, said frustration with the justice system was a common story and lashed out at police for judging gays and lesbians when they opened cases.

“Police should stop judging LGBTIQIA+ people. When people open cases with the police instead of opening a case they will laugh at you or call each other to make fun of you.It is now time to work together with police,” he said.

Local councillor Luyanda Nyingwa also took a swipe at the police for not doing their job well. He said although the community organisations were trying to work with SAPS, police seemed uninterested.

Accepting the memorandum, Brigadier Vuyisile Ncata said some of the demands had already been met by the police and that his police officers had arrested the perpetrator within no time.

Political organisations who came to pledge their support to Lonwabo’s family and friends acknowledged that the LGBTIQIA+ community was still facing persecution even though the country had one of the worlds most progressive constitutions.

The organisations said the list of murders was becoming “too long”and that Lonwabo must be the last person killed. 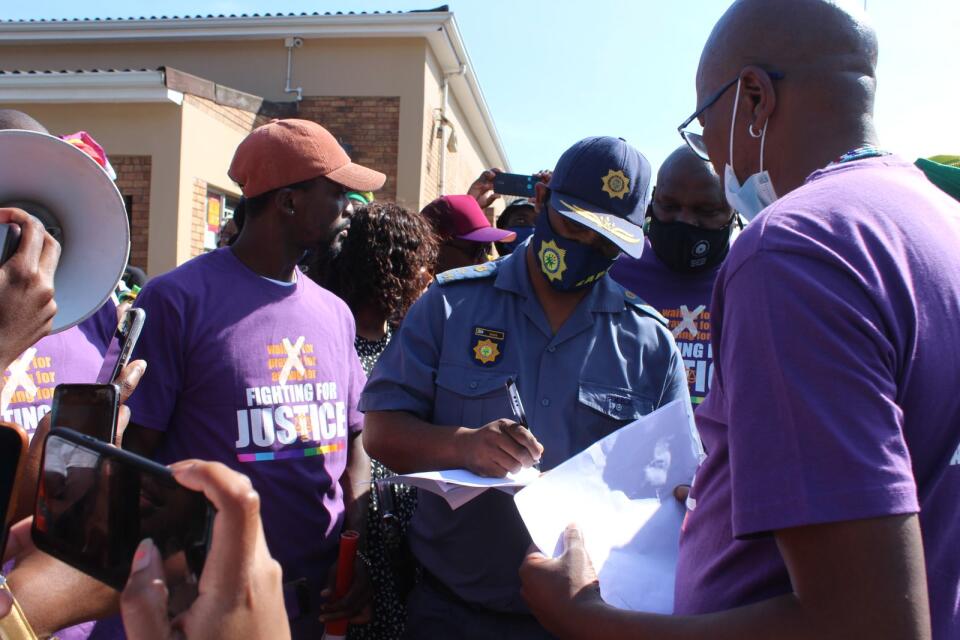 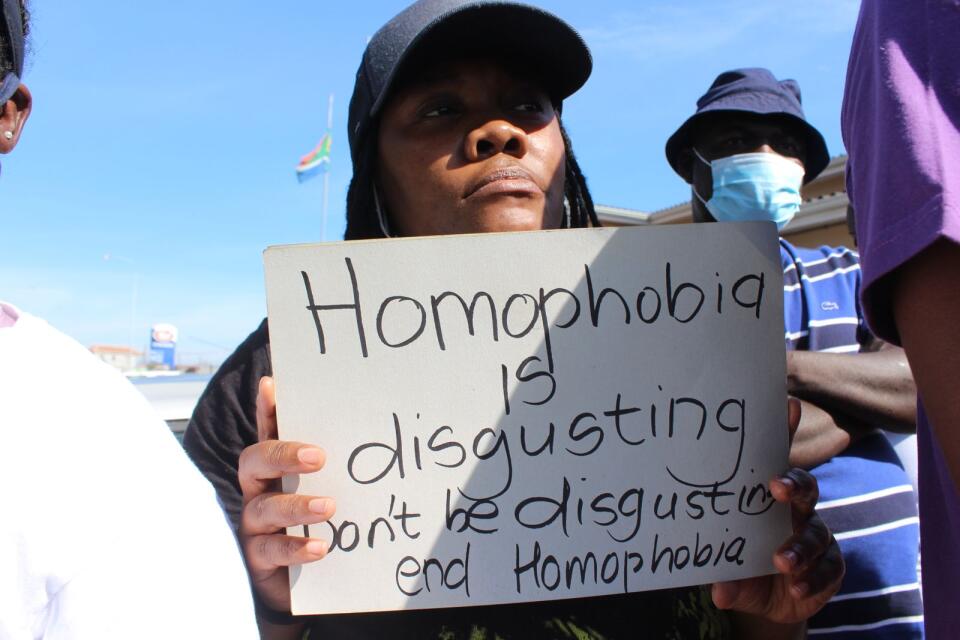 2/3: A concerned member of the public made her views clear. 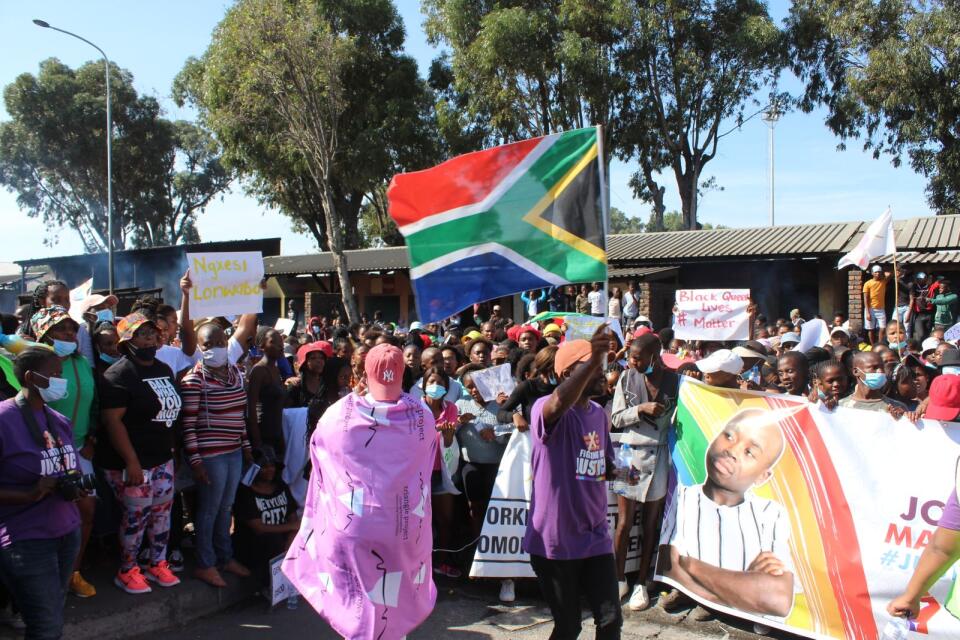 3/3: Hundreds of marches march through the streets of Nyanga and Crossroads last Saturday to demand just for LGBTIQIA+ community.