The Cape Peninsula University of Technology (CPUT) edged off a dramatic 30-26 victory over Walter Sisulu University’s (WSU) All Blacks to be crowned the 2021 Varsity Shield rugby champions at the Tuks Stadium in Gauteng on Sunday.

Following a 23-23 draw at full-time, winger and FNB Player That Rocks, Nathan Nkutu, scored a late extra-time try in the 99th minute to snatch the victory for Tekkies.

CPUT flyhalf Feghon-Leigh Snyders then converted the try to defend their 2019 title after last year’s tournament was called off due to the Covid-19 pandemic.

The game kept the spectators, who watched from the comfort of their screens, on the edge of their seats, after WSU made a remarkable comeback, from 23-6 down at half-time, to a 23-23 in the 80th minute.

The All Black’s flyhalf, captain and FNB Back That Rocks, Litha Nkula, was outstanding with the boot on the day, despite missing a penalty in the 80th minute.

CPUT were sharp from the first five minutes of the game as winger Asisipho Malotana scored the opener after bouncing off a tackle to touch down.

CPUT’s eighth-man, Sesona Macala, was crowned the FNB Overall Player That Rocks, following his consistent performance throughout the tournament.

“It means a lot to me because I worked so hard. It was really overwhelming. I have really come a long way with rugby,” he said.

Macala said he was anxious in the dying minutes of the game as the team were lacking focus.

“I was supposed to be off because I was injured but I told myself I will break a leg or die on that field. I had to do it one last time for the team,” said Macala.

Nxele said the win was a good way to finish off a remarkable varsity rugby performance with Tekkies.

“Before the game we told the team they are playing for the guys that have been here, those that are here and those that will play after us. The last try was so special for the boys and it involved youngsters. For them to put up their hands for us was amazing,” he said.

“We lacked a lot of things when we started; like finances, clothing and championships. But we told ourselves, ‘try to leave the place where you enter a better place’. The challenges we faced, we tried and we overcame them. For us that are leaving we are able to look back and say we did it,” said Nxele. 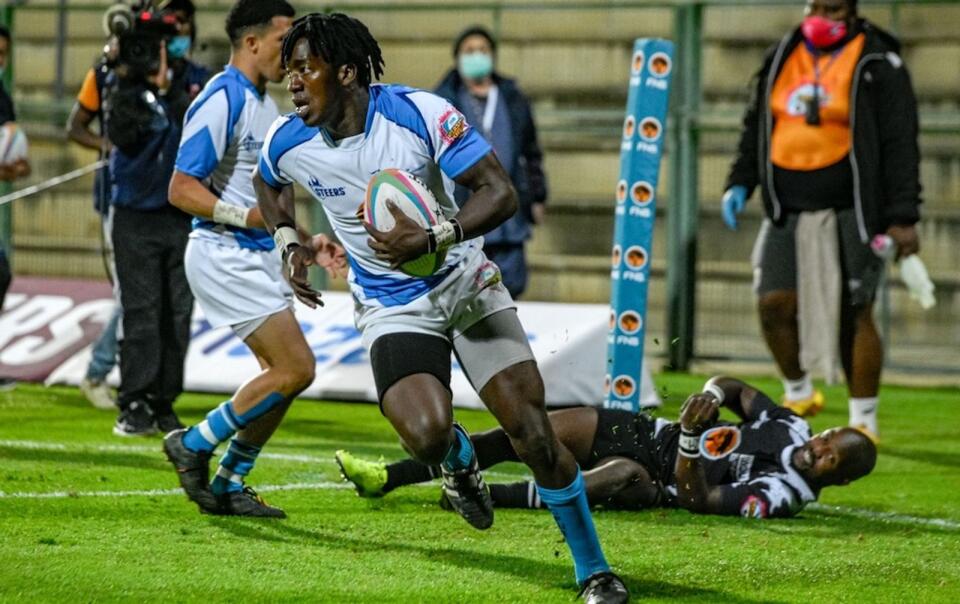 1/4: Winger Asisipho Malotana scores the first try for CPUT in the final against WSU. 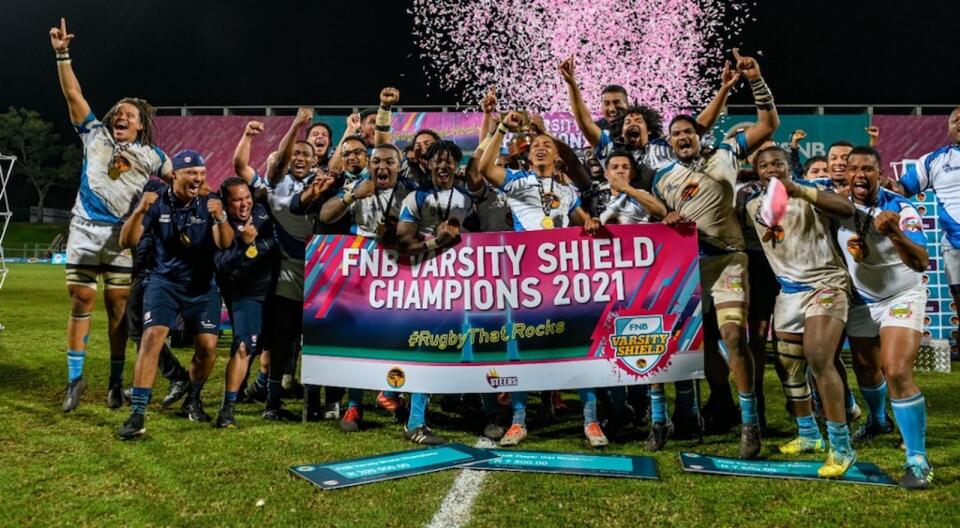 2/4: CPUT retain the Varsity Shield championship. They also won the tournament in 2019, last year it was called off due to the Covid-19 pandemic. 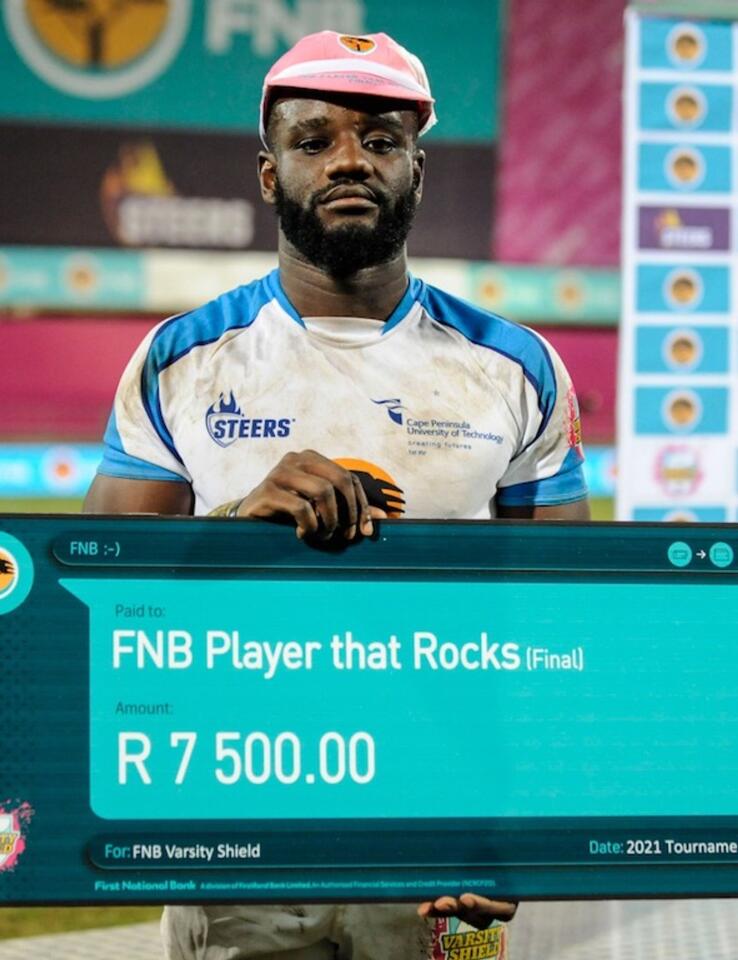 3/4: Player That Rocks… Nathan Nkutu scored the winner in the extra-time, to hand CPUT a 30-26 win over WSU in Gauteng. 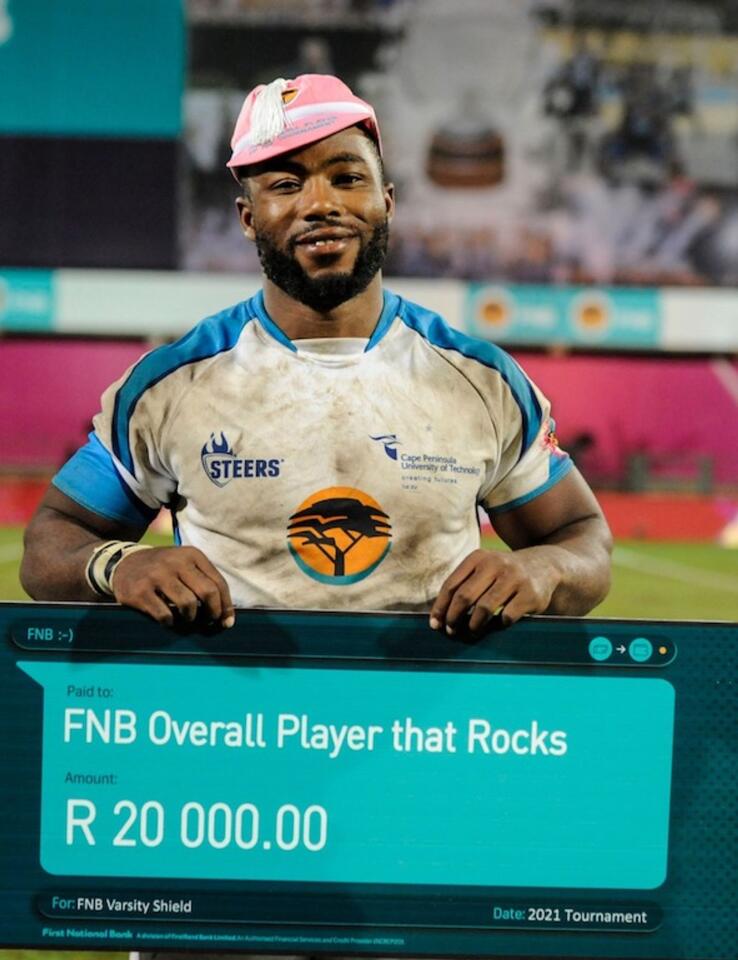