A ward councillor who is passionate about uplifting his community has decided to give the youth a shot in the arm by delivering some gifts to them – and offering them motivational talks.

Last Friday Ward 89 councillor Monde Nqulwana and his entourage of Expanded Public Works Programme workers and some City Health officials visited Matthew Goniwe High School to hand over toiletry packs to the 195 matriculants and to urge them to take their education seriously.

He said Ward 89 represented some of the City’s most underdeveloped, poor communities including Khayelitsha, Site B.

“These are our children and we have to be frank with them. I am here bringing known people, people who have walked this road to give them advice. But not only that, I have packages that they should take home.

“We are a school that is in a poor area. Children do not have small things like soap, sanitary towels and the mask that we always say they need to wear them. I also brought them such small things because we want to see them at school. Imagine young girls where they are facing their cycle with sanitary towels, it would force them to be absent at school. We do not want that,” he said.

He said a budget of R80 000 had been set aside to continue with the project over two phases during the 2020/21 financial year. He said the first phase was meeting with Grade 12 pupils.

Welcoming the visitors, school principal Mzukisi Ngumbe said: “When there are people who want to motivate and talk sense to our children, we cannot say no.

“This is encouraging to them and to us as staff to see that there are people who care for the school. Being a township school, we need all the help we can find. It is worse during this time of the coronavirus,” he said.

He said many of their children were from underprivileged homes and would welcome any help. “The councillor knows better than us and he knows his area. But it is clear that many parents have lost their jobs. He also knows that there is a high rate of unemployment in his area. We are delighted to have him to speak to our children.”

The common message from all the speakers was, “start now to prepare”, with speaker after speaker emphasising the importance of matric.

Member of Parliament and the Portfolio Committee on Public Enterprises Chairperson Khaya Magaxa said urged the pupils to focus on their school work.

“I wish this can happen in all the schools where people are called in to speak to matriculants to assist these children to cope,” he said, highlighting the impact of Covid on their schooling.

“Matric needs discipline. You need to suspend everything just for this year for you to achieve the best results possible. Matric is your first graduation. It prepares you for a path in front of you,” he said.

He added that matric year was also a year of maturity. “If it means to go to church and be saved, do that.

“If you do not have a boyfriend or a girlfriend, that’s a good. Stay that way just for this year. Those things will delay your progress. All you need is a support system, that’s your family, school teachers and people like these. Stay away from falling in love and start now to read your books,” he said, to the crowd of laughing pupils. 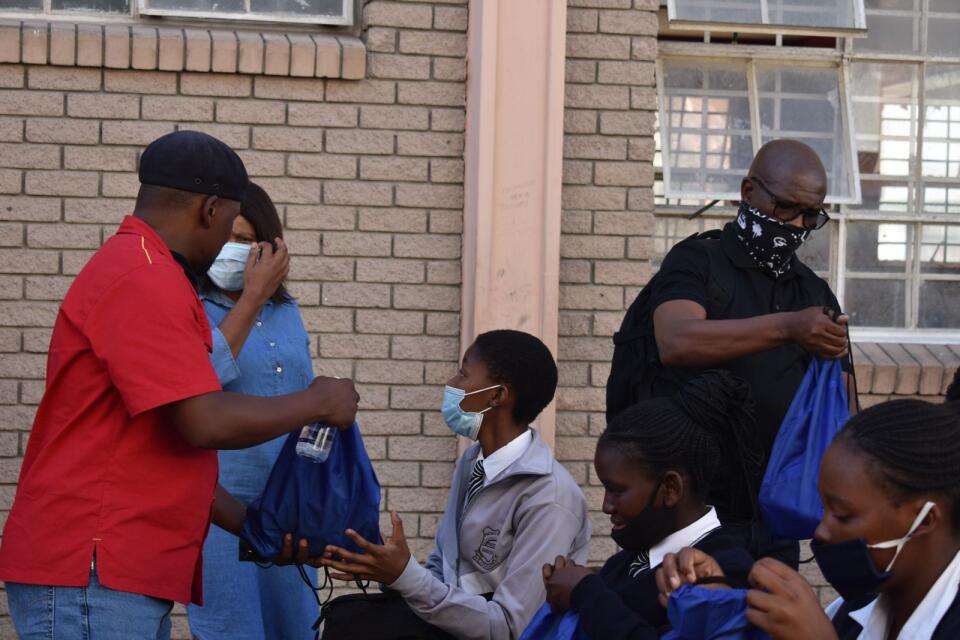 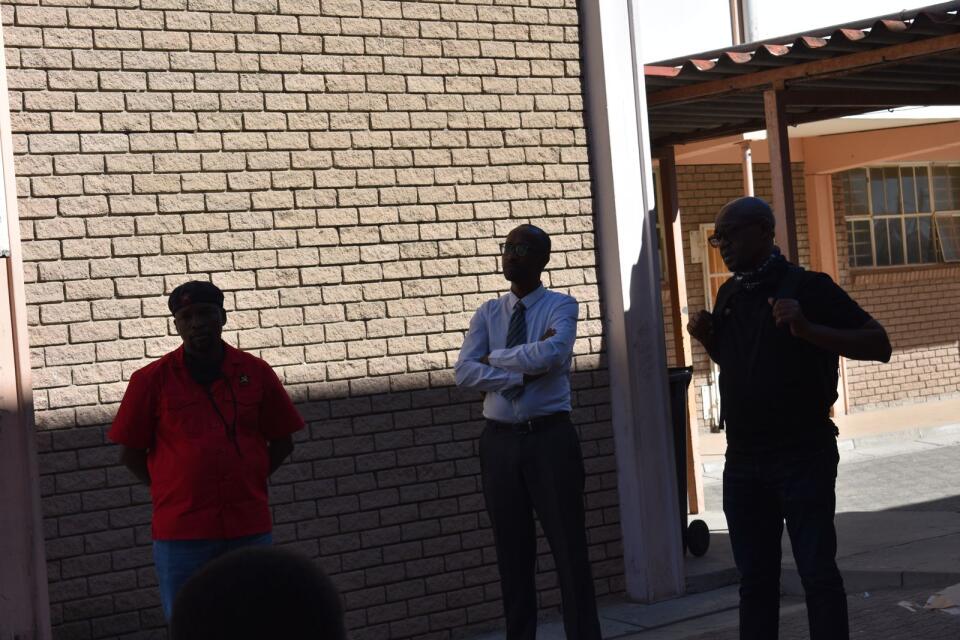 2/2: Monde Nqulwana, school principal Mzukisi Ngumbe and Khaya Magaqa encouraged matriculants to suspend everything and focus to their studies.